Well, your new 2018 Corvette can be ordered today! These are preliminary orders only, as dealers will get notification of their first allocations on April 27th. One problem though is that pricing is still unknown, as official pricing for the 2018 Corvette models will not be announced until May or June.

If you have not already seen the 2018 Corvette Order Guide, which came out on Monday, it is available on the web, or at your local dealer. The guide details all the new options, colors and wheels.

As we said in earlier Thundering Thursday’s, the last 2017 Corvette will cross the line on Friday, June 2nd, with 2018 Corvette production starting on the following Monday (June 5th). You can watch the first 2018’s being built though, as assembly plant tours will continue until June 16th.

Production of the 2018 Corvettes will come to a stop on July 31st, as the plant closes for three months for upgrades. The plant, and the 2018 Corvette production, are scheduled to start back up on the 1st of November. 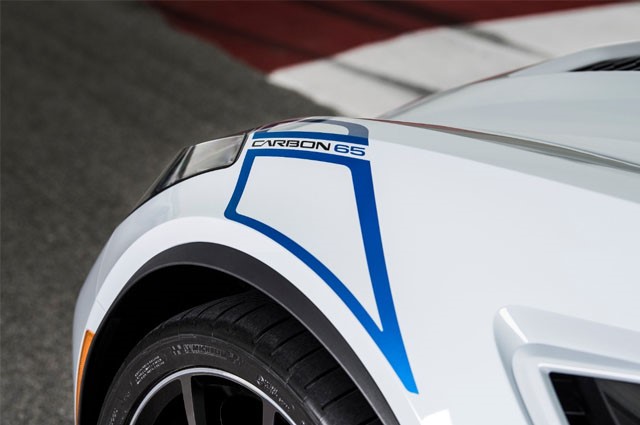 The big news in the new order guide is a special edition for 2018, a 65th Anniversary edition. This special Anniversary C7 package will be called Carbon 65. It will only be available for the Grand Sport and Z06, and must be ordered with the 3LT (Grand Sport) or 3LZ (Z06); it will not be available for the base model no matter the trim package. It can be ordered as either Coupe or Convertible and either manual or as an automatic.

The catch is that a total of only 650 will be made (regardless how many are Grand sports or Z06’s).

You may be asking what the cost to became a member of this exclusive owner’s club? An extra $15,000 on top of the cost of the 3LT Grand Sport or 3LZ Z06.