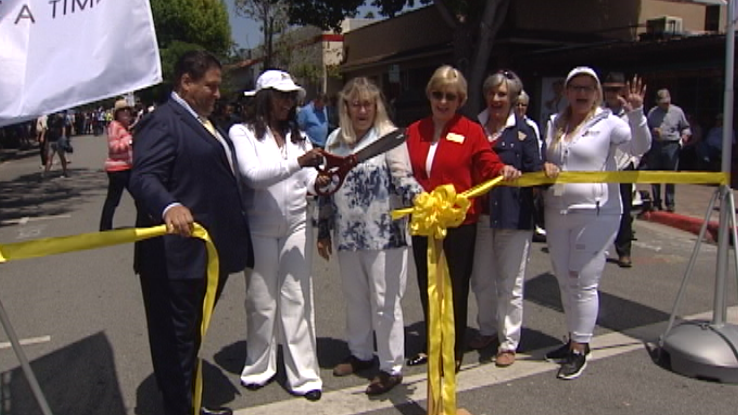 CARMEL, Calif. — Dolores Street in Carmel was taken over by women and their cars Wednesday for the first ever all-women car show.

Pepe is one of about 50 women who showed up with their cars to the Prancing Ponies Car Show.

Organizer Chanterria McGilbra has been on a national campaign to get more women involved in the world of cars.

“I was never encouraged to like cars, or be into cars as a kid but ironically I bought my first Ferrari and it changed my life,” said McGilbra.

Prancing Ponies has held rallies from San Francisco to Santa Barbara and the next one planned is for Milan to Monaco, the events getting women behind the wheels of their cars and connecting with other female drivers.

The events, including the Prancing Ponies Car Show in Carmel, raise money for McGilbra’s foundation.

The foundation’s mission is to create women leaders one girl at a time. The foundation does that by sending girls abroad and teaching them leadership skills through an academy; the last one took place over seven weeks in Paris.

“I mean what is the fastest way for you to develop self -esteem and self-confidence than to be plopped into a foreign country and have to figure out to live?” McGilbra said.

The businesswoman has spent months calling female car owners and inviting them to Monterey Car Week, telling them if you love it, show it.

“When I heard what she was doing to mentor young girls in their leadership roles abroad, I just knew it was a fit for everything I do at Dawn’s Dreams Winery,” said Dawn Galante.

Galante brought a bright-red Ferrari to the event to represent her winery, Dawn’s Dream, which makes the official wine of the show. Dawn’s Dream helps to raise money to support women’s issues.