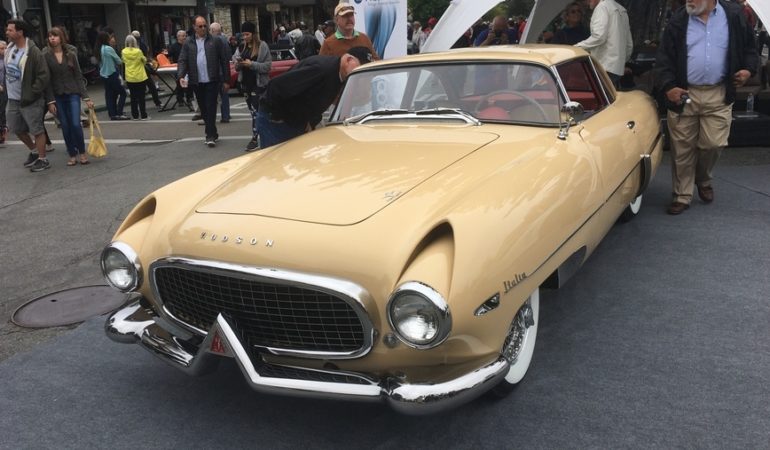 Ocean Avenue in Carmel is the hot spot to be Tuesday of Monterey Car Week. People from all around the world are in town for the first big event of the big week.

“We are from Brazil,” said Emanuel Zvebiel, who is in town with a group of 25 Brazilians for Monterey Car Week.

The cars lining the avenue on Tuesday were as diverse as the people, from exotics to American muscle cars.

“This is our favorite event. Being in downtown Carmel and mingling with the crowd, we just have a great time meeting new people,” said Murray Powell, of Paso Robles.

Powell has showed a car for the last 11 years at the event, since its inception, and this year he brought his 1970 Chevelle Super Sport, which has a 454 engine.

One of the cars garnering a lot of attention at the event was the hazelnut brown 1967 Ferrari 330 GTS.

“They only made one hundred 330 GTS and, of this, we believe this was the only one done in this particular color,” said Dennis Nicotra, with Premier Classic Car Collection.

The paint color, called nocciola, which means hazelnut in Italian, was getting a lot of stares from people on Ocean Avenue.

“People go crazy for it because they very seldom see it,” Nicotra said.

Another showstopper was the 1955 Hudson Italia being shown by Worldwide Auctioneers.

“It’s one of 25 cars built, and is one of the most beautiful cars, I think, of the period,” said James Leake, with the company.

Worldwide Auctioneers is holding its first auction at Monterey Car Week this year and the Italia will be crossing the block.

The auction is Thursday at the Pacific Grove Golf Links, a new venue for Car Week.