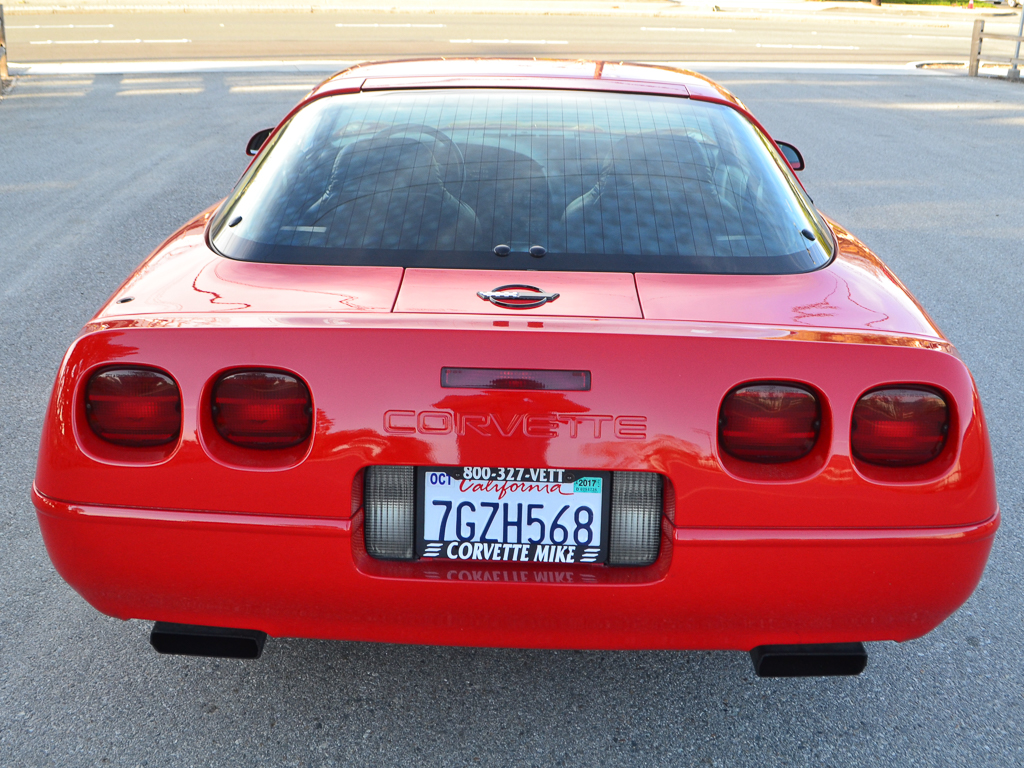 The C4 entered its penultimate year of production in ’95. With 12 years of development, the 4th generation had gone from being a very advanced Corvette with some teething issues to the best Corvette built up to that point. car by the mid ’90’s. Although body changes were minimal, advancement in drivetrain and suspension were many. The biggest complaints of the early cars were their ride, which was on the harsh side. The engineers at Bowling Green were determined to have the new C4 corner at 1g. It did, but with some sacrifices in ride comfort. The complaints were heard loud and clear and subsequent years some vast improvement in that dept. But that wasn’t all that improved. In ’92, a new engine was introduced in the Corvette. Christened LT-1 in honor of the high-performance small block of ’70-’72, this new engine featured hi-flow cylinder heads, new multi-port fuel injection, reverse cooling, computerized ignition timing, and a less restrictive exhaust system among other things. All of these changes combined to make the ’95 Corvette a world-class sports car!

This ’95 has been here in CA. since new. It’s in excellent condition throughout with only 77k miles on the odometer. It’s optioned with electronic climate control that blows ice cold, pretty much power everything including dual power seats, dual airbags and relatively rare manual transmission that shifts great! The car runs and drives like a champ and looks terrific doing so! Stk #5919