We Found Another Mid-Engine Corvette Rendering 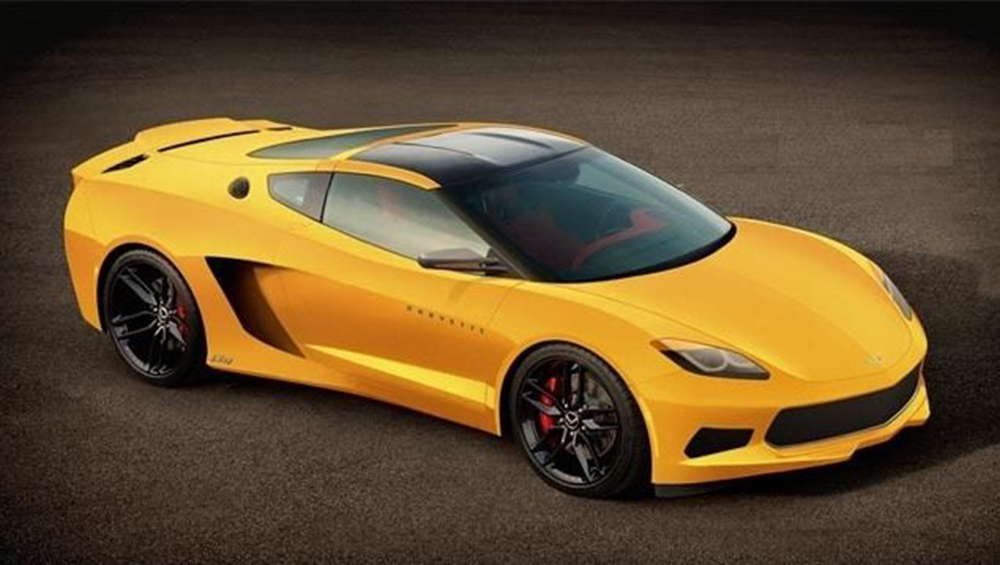 We Think This Rendering Looks Bland, but it Has Some Interesting Design Points

Let’s face it, non-believers: GM is building a mid-engine car on the Corvette platform. More than rumors or speculation, we have tons of spy photos of these mules running around. The only real questions now are about looks, price and performance. While price and performance are fun to talk about, there is something special about the artists around the world throwing their hats into the ring with mid-engine Corvette renderings. The speculative imagery gives us something more tangible to see and discuss. Rather than purely hypothetical numbers to argue about, visual renderings add something more substantial to the discussion.

With that in mind, let’s check out this new render that was posted into the forums by Z0Sick6 a few weeks ago.

We are going to skip all the talk of drivetrain, price or target performance, and instead focus on the looks of this rendering. Mainly because we think it looks like an ugly wedge of cheese. Seriously, with that color and that bland face, this thing looks like a special-edition car made by Kraft. But there are some interesting ideas presented that we think need to be examined further because they could provide tangible benefit to a production car.

The first thing we need to do is skip over that front end. It is one of the most boring and bland iterations of the mid-engine Vette yet. But when you start moving to the back, things certainly start to perk up. That deep angular vent cut in the rear quarters looks a little too much like an Aventador to our eyes, but the extra layer of visual depth it creates when combined with the sculpting of the doors is stunning. It adds a certain level of character the current car is missing. While the lengthened proportion of the car looks off, the gentle inverted slope of the rear window is dynamic and unique. The slight scalloping could cause problems with drag, but it sure looks good.

Finally we have that spoiler. Taking a trick from several other modern cars, this rendering uses a spoiler that is separated from the car rather than raised. This buttressing helps to keep the design clean, especially in profile, but it should add some noticeable downforce. We hope GM goes with an integrated design like this rather than a large jutting spoiler like Lamborghini uses. We want a sleek and sexy performance coupe … not a caricature of a supercar.

What are your thoughts on this rendering? The forum thread itself has been mostly focused on the need for a mid-engine car and whether it’s actually coming this time, but hop in there and feel free to give us your thoughts on the actual design. We have our own render artist currently working on a new design of our own, so we will be sure to let you know when that’s done. We promise it will look better than the SS Cheddarsworth we have here.