Vehicle Virgins, for those shamefully not up on their YouTube car channels, is a wildly popular channel run by Parker Nirenstein, a man who’s been featured here before because of some online drama about a hood with fellow popular car-Tuber Rob Dahm. One of the cars featured prominently in that channel is an acid-yellow Corvette Z06, a car that was destroyed in a wreck on Saturday.

The wreck, which happened at a tight bend along Huron River Drive, occurred at 11:30 am on May 27, when the ‘Vette slammed into a tree. The Ann Arbor News reports that police believe the car was going too fast, and the driver lost control. Huron River Drive has a speed limit of 35 MPH, and, according to comments on the Ann Arbor News Facebook page, is a popular route for “walkers, runners, cyclists, motorcyclists.”

The two passengers in the car, described only as “The driver, a 21-year-old Ypsilanti Township man and the passenger, a 17-year-old Ann Arbor girl,” had to be extracted from the car by emergency responders. Both occupants suffered broken bones, but no life-threatening injuries.

Though no names are given, we can confirm the Corvette is the same one featured in Vehicle Virgins videos, because you can see the license plate of the wrecked car, AMERIKA, matches the one from the videos: 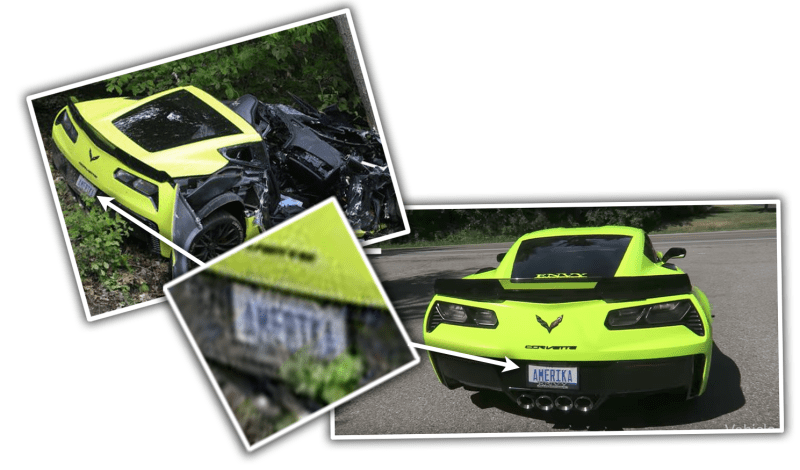 The driver of the car isn’t known at this time. Based on this article from 2015 where Parker Nirenstein was 21, Nirenstein was likely not the driver, since the police say that driver was 21, and people do tend to age on a yearly basis.

So, it’s definitely the Corvette featured in some popular Vehicle Virgins videos, but we can’t say who managed to lose control and wreck it just yet. We do know that Nirenstein has driven that ‘Vette pretty, um, spiritedly before on public roads, because he videoed himself doing so:

We reached out to Parker, and it appears that he was not, in fact, the driver of the car at the time of the wreck. When we asked about the wreck and who was driving, he told us

“Hi, he’s my close friend so I won’t be sharing any info to respect his privacy”

Regardless of who was driving, the whole mess is still a good reminder of some very basic concepts: fast cars are fast, and public roads are not where you want to go nuts with them. 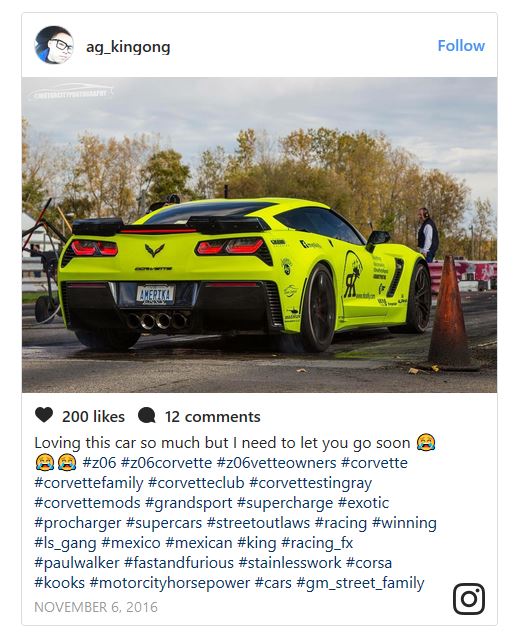