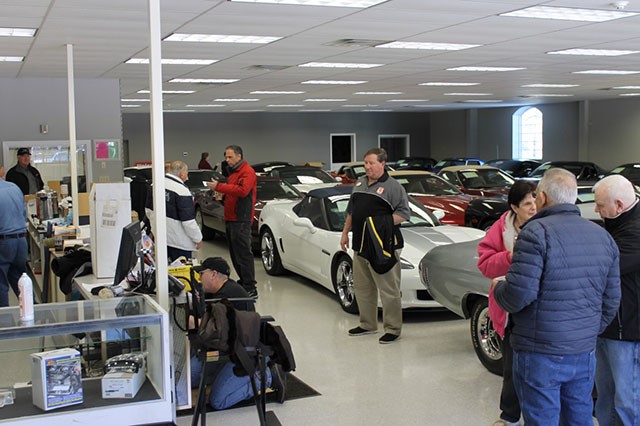 Mike Grande fell in love with Corvettes as a young boy. His youthful interest in Corvettes grew with his age.

In 1981 Mike Grande bought his first Corvette for himself; a 1975 coupe $8,500. Soon after he started attending local Corvette shows on Sundays and meeting other enthusiasts, including many serious collectors who had stables of automobiles. His network of friends and acquaintances began to grow and soon they encouraged him to try making Corvettes a career. By 1990 he was working full-time for a Chevrolet Dealership specializing in Corvette sales. It wasn’t long before General Motors noticed his work and cited him as the top Corvette salesperson in the Northeast.

When two Mikes met, they hit it off instantly, as they were both crazy about all things Corvette. Once they started talking about working together, “the rest is history.”