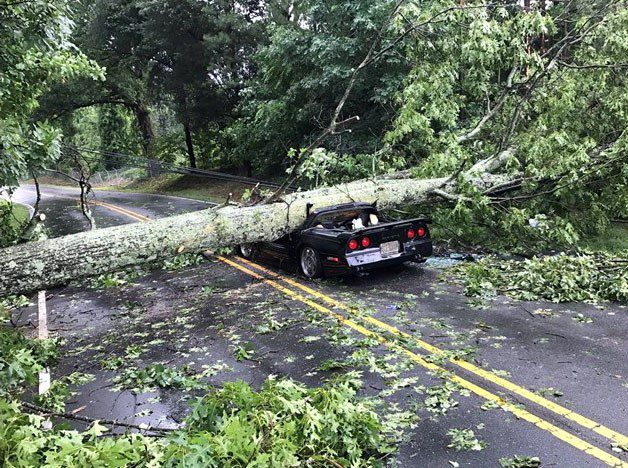 Sonny Dixon was out for a nice Sunday drive in Charlotte, North Carolina, in his C4 Corvette when a blinding storm rolled in with rain so hard he couldn’t see the nose of his car. As bad as that sounds, what happened next was even worse, a tree came crashing down on the center of his Corvette, right where he was sitting.

This was not some small tree, but one weighing tons. The Corvette did its job, protecting the occupants, and keeping the tree from crushing its driver. The doors actually held the weight of the falling tree!

The fire department was able to pull Dixon out of the back window and off to the hospital where he received 22 stiches and released.